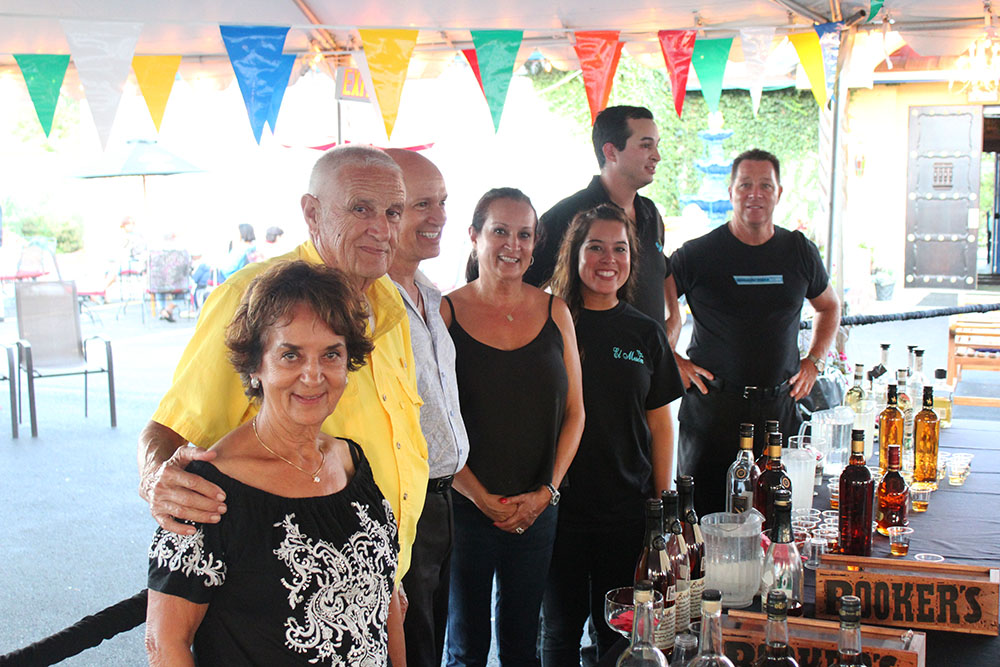 Herman G Castro had always wanted his own business but a wife, three kids, and a profession with NCR seemed to be in his way. Even though Herman is like a goat, once he gets it in his head, he will come through with it!

To start, Herman had a career with NCR as a computer tech instructor in South and Central America. Then in 1966 NCR decided to bring the Castro family to its headquarters in Dayton, Ohio. In 1978, Herman and his wife Gloria bought a little pizza parlor. After a few years, they decided to branch out from pizza and subs into some adventurous Hispanic-flavored dishes- things like suckling pig with plantains and yuca on weekends.

Their two sons, Herman R. and Bill, along with daughter Marie, agreed to help their dad out with the restaurant for a year. Twenty-eight years later they are still helping out. Herman R. is in his own real estate company and has no regrets.

In 1988 word spread and this little restaurant that was a Clark Kent during the week (pizza and subs) and transformed into Superman (Hispanic food) on the weekends, became the talk of the town.

As the customer base grew, he acquired the bar and barber shop next door. In 1997, the family remodeled them into a 300-seat, smoke-free, multi- room restaurant with a bar, party areas, private rooms and patio or outdoor dining. The latest addition to El Meson was in late 2005. A new wing designed to accomodate corporate and social events of groups from 10 to 100. This brings the seating capacity to over 450 seats. Additional parking has been added to access the restaurant. The catering division has also grown with bookings of both on and off- premise events.

Along the way, the name was changed to El Meson, which describes a type of restaurant in Spain. It is a full service establishment of dinners, tapas (Spanish small bites), desserts, a full wine list and bar.

In the first two weeks of every year, the restaurant closes for its January culinary expedition. This is the time that the family ventures out to find new recipes, concepts, and ideas for the coming year. The Castro's have traveled through out Central America, South America, Caribbean, and Spain. Every year it changes from a road trip in the Chiva (bus) to taking a group of devoted customers with us, to flying in and out of many Hispanic countries. The mission is always the same, going to the heart of the markets and learning about the foods and cultures that unite and intrigue us.

The newest generation Bill, Marie, Scott and Chef Mark Abbott, along with the 3rd generation made up of Stefen, Tatiana, Austin, and Anna, will guarantee the family tradition for many years to come. We are here to please and as a family restaurant we welcome you to sit at our family table. El Meson is not a chain or a franchise but rather an extension of our tradition! Enjoy and be part of our journey!

The El Meson story reflects the Castro family's motto, "Si, se puede"-"Yes, we can.". And El Meson represents the best of the the American dream: a labor of love that success hasn't spoiled.